THE WAY OF ST JAMES

“The Way of Saint James” enters Ribadesella´s council from Cuerres Town, through a medieval bridge over Guadamía or Aguamía river. Here there are a few water mills. In the village of Cuerres is located San Mamés church. It is an ancient pilgrimage center, and a beautiful fountain from the eighteenth century. From Cuerres, always following Saint James´s signs, crossing Toriellu´s Village inland roads, and taking the railway to the right until the Jacobean signs indicate. Up to Barca rises the mountain and begins to descend , always in the direction of Ribadesella´s Village. In its vicinity, when road runs along near Palu Verde and El Infiernu, some spots of cliffs belonging respectively to Camangu and Meluerda. Both Towns owns magnificent rural houses. This coastline, brave and lonely, shows the most spectacular road stretch of Ribadesella´s Coast. In Espina, leaving Arra to the right, following the AS -263 highway, also called "old Santander road ", it is possible to deviate from the routein order to visit San Martín de Collera´s Church that once had an important monastery. 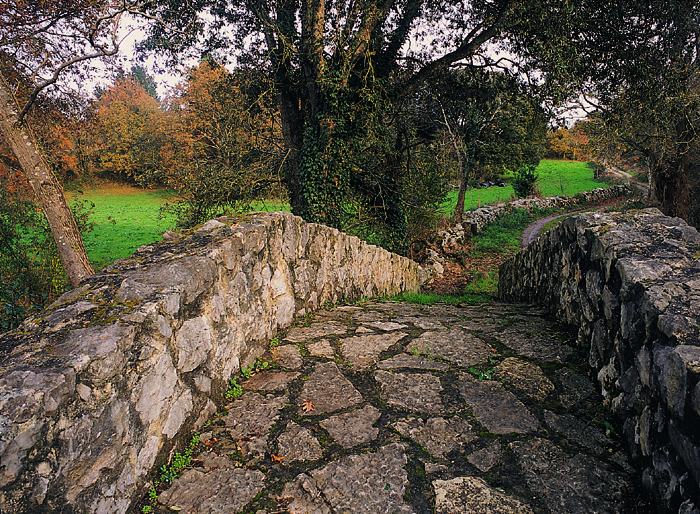 Ribasedella´s Village is reached through El Portiellu neighborhood. The main entrance was before through San Juan and Cuetu, near the old church. By Trasmarina street or down by Oscura Street , both with architectural value, is located Prieto- Tatty´s Renaissance palace, in the centre of the village. Near to the new church there was a hospital for pilgrims from the fifteenth to the nineteenth century. It is admired inside by the colossal temple paintings of the brothers Uría- Aza, mid-twentieth century. Here visitors can walk through the old town area along old Calle Mayor, called nowadays Fernández Juncos, and La Atalaya. Admiring their facades and visiting Santa Ana´s Chapel, from the eighteenth century. Was recently restored and recently incorporated to Saint James Way

Until the mid- nineteenth century it was necessary to cross the river by boat and continue the path through the sand , but today is the bridge and the N -632 hichway . Beside the current secondary school allowed the national highway, the original layout is resumed and continue along the inner small road to the village of San Pedru , always west . Exceeded this pretty village , which was heading parish until the nineteenth century and today stands out for the love of flowers of its inhabitants, the road lines up a steep slope that leads to Abeu , a village with good houses and barns with magnificent views the sea and the mountain. From here is seen as the next point to visit the church of San Esteban Leces , Romanesque , who was head of a vast territory that gave rise to the administrative district of Ribadesella. There is in that place a medieval tower, Ruiz de Junco , Pilgrims and open to the public since 1999 , well located and cared for overnight . 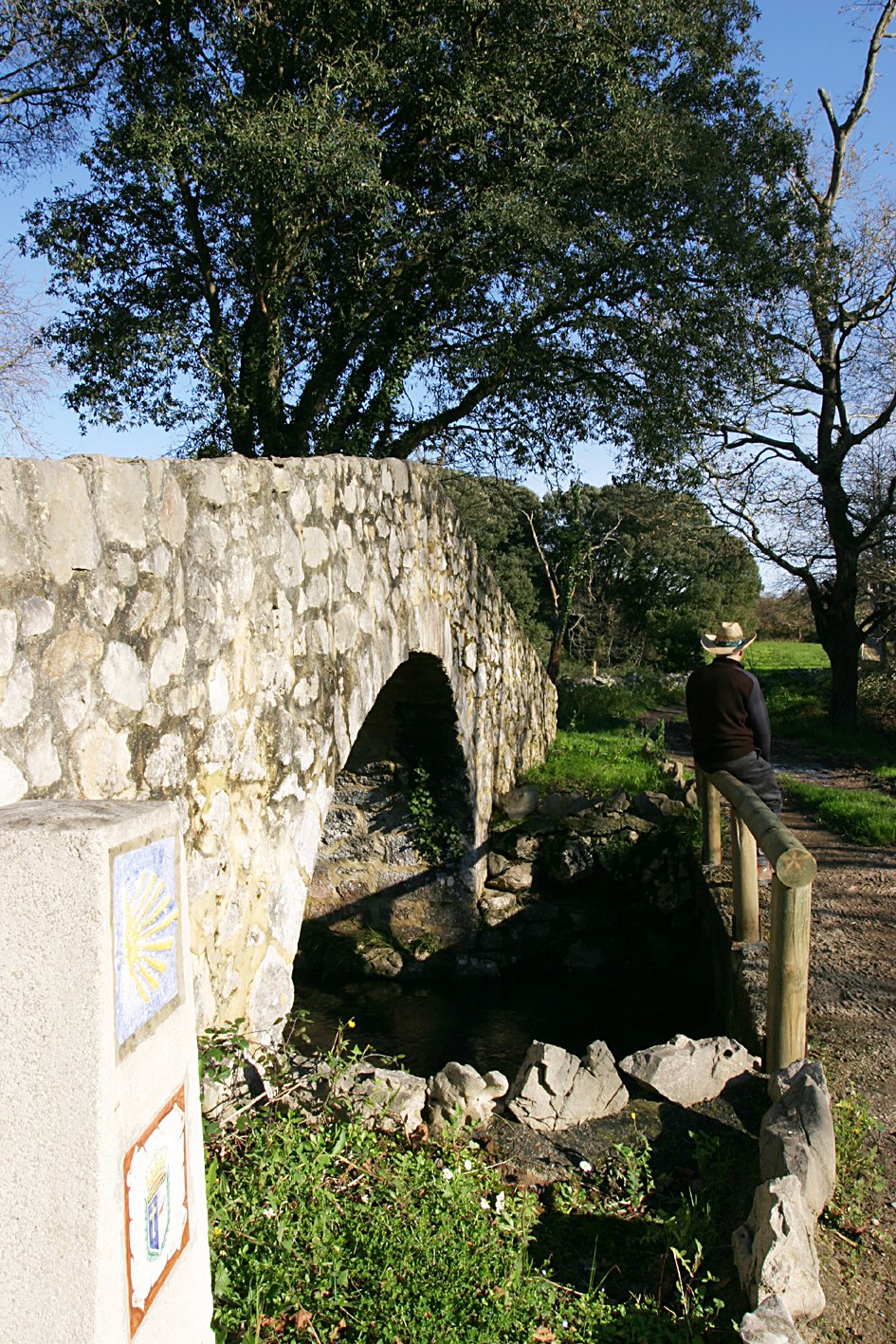 From here it is recommended Forniellu´s path, a former Roman settlement. Walking along the paved road through Torre and Barreu, which formerly were real roads to the village and Vega´s beach. Until its destruction by the flood of 1988, the passage crossing Ribadesella´s river was made by a stone bridge built in the early nineteenth century, replaced nowadays by other less showy. Climbing to Berbes village on the old road between meadows there is a magnificent view to the sea. Parapetu is the next important place, where Napoleonic troops stationed for nearly a year and a half, in the War of Independence. It was an excellent location for surveillance both, roads and coast. From the village goes back to N -632 hichway by a spectacular passage carved into the rock, called Caleyona after which moves over Berbes place and reaches the bridge over Cerracín´s river. This is the limit from Ribadesella´s council with Caravia, where the road leaves the coast from Ribadesella´s lands.